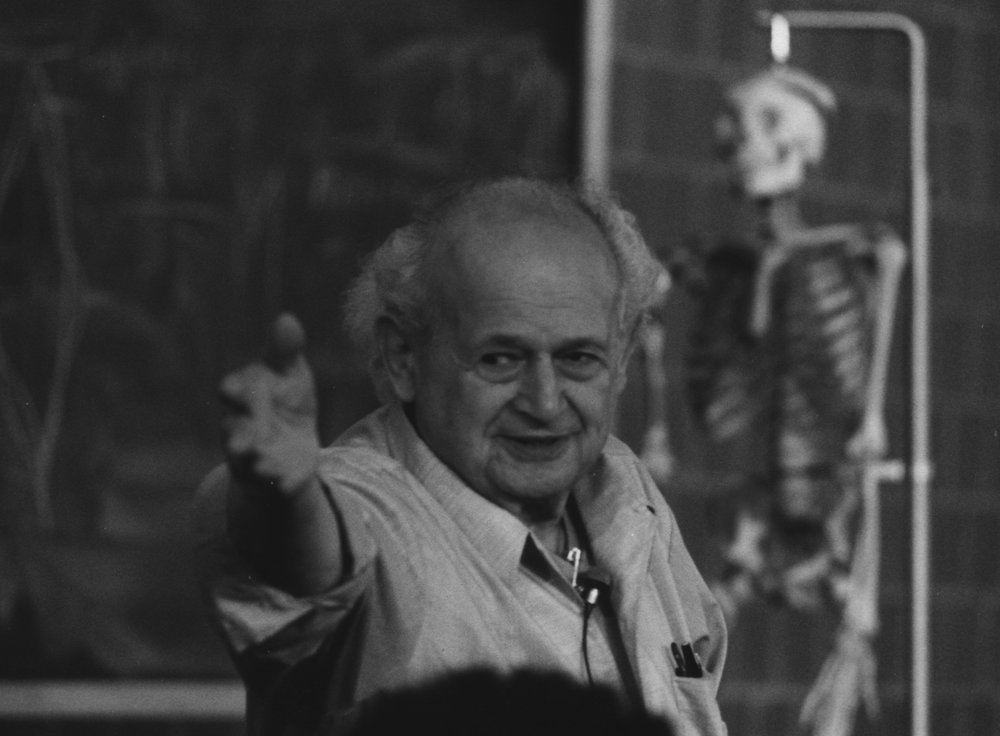 (without having to re-live it!)

There was a nice little article in Psychology Today last week titled “Why you can’t think your way out of trauma.” It’s a pretty nice little background piece describing how Somatic Psychology is slowly gaining a foothold over a purely cognitive-based approach.

After seventy years, the field is finally catching up to Moshe Feldenkrais’ seminal work, “The Body And Mature Behavior.” Feldenkrais wrote The Body and Mature Behavior in 1949 as an explicit rebuttal to Freud’s thesis that catharsis is necessary to recover from emotional trauma, and that rebuttal has stood the test of time. That’s part of why the federal NAICS (job description) code for the Feldenkrais Method is 62133, “mental health practitioners other than physicians.”

Wait. What?
The Feldenkrais Method is classed as a Mental Health Discipline?

How does that work?

Awareness Through Movement students improve their physical and emotional well-being when they practice observing the patterns they express. That’s because Moshe Feldenkrais connected some very important dots early in his career: Western Civilization makes a distinct difference between the body and the mind, which makes intuitive sense, yet is not supported by neurology. (Nota bene, this is not a “diss” on religion: the body versus the soul is a different matter, one which by definition cannot be addressed by science.) The nervous system operates in such a way that it can only have a single “pattern” running at any given time, and that pattern encompasses the organization of ALL OF YOU.

There is no creature on planet earth which can think “yes” and “no” at the same time. And the physicality of your emotions works the same way – you can’t be joyful and depressed simultaneously. Neither can you be curious and anxious at the same time.

So when you are anxious, there’s a physical feeling that comes with anxiety. When you’re curious, there’s a feeling which comes with that, too. When you’re depressed, fearful, enraged, there are physical feelings which come from those. And in their proper place, all of those are really useful feelings to have (see below for a couple real-life examples). Where we get in trouble, though, is that the pattern you express in trauma can wind up becoming your go-to way of organizing your body. You can wind up identifying with the traumatic pattern, creating an insidious and compulsive habit of suffering, without knowing how to escape it (and as many in this situation can vouch, the “not knowing how to get out” is frequently as traumatizing as the suffering itself).

To get out of that, what you need to do is to break the pattern and outgrow it as a response, so that it’s there if and when you need it, but you don’t have to engage in it. You don’t need to go back and relive it over and over again. (I once had a serious claustrophobia attack from watching Naked Lunch — it’s a good movie, but re-watching it wasn’t the key to breaking the claustrophobia!)

Personal Example: I suffered un-diagnosed but apparently quite severe depression for the better part of twenty-five years. It cost me many opportunities and ruined more than one relationship. My eventual ability to cope with it, prior to involvement with the Feldenkrais Method, was the realization that it came with physical symptoms (a lumpy, heavy, clay-like feeling in the body and the sensation of having a wet wool blanket directly over my brain). And one night, strolling rather tipsily through downtown San Francisco after knocking back a couple beers with my twin (yes, I’m a cheap date), I realized that it wasn’t that different, in practice, from “thinking clearly and walking with control while tipsy.” The tipsiness was a condition, not a summary of me as a person. If depression came with physical symptoms, then, I told myself, logically speaking, the emotional component of the depression was itself also simply a symptom. I cannot tell you how liberating it was to be able to class my depression symptoms along with migraine headaches as “this is a really irritating thing I have to deal with,” rather than “this is an inescapable life sentence which defines my life (in misery).” I didn’t yet have the tools to get out of it, but I could at least stop identifying with it.

I don’t know why I became depressive. And it doesn’t actually matter. What matters is that I have become able to recognize that pattern. Once I can physically sense the “depression pattern” peeking in, I can shift to a different pattern that is a lot more pleasant for me and my loved ones. And while I’m Very Seriously Not Saying(tm) “go throw away your medications,” you can learn to mitigate that suffering just like I did, and in a lot less time for not having to figure it out from First Principles. I’m in no way special or unusual.

Anybody can do this, and I’ve helped a number of folks to do so — making distinctions and choosing is part of our fundamental birthright as human beings.

I’ve been at gunpoint. I was in real danger.
It wasn’t much fun.

Going to “high alert” was a completely appropriate response to being at gunpoint. If you (God forbid!) find yourself in that situation, you need that response! But I wouldn’t want to go to full-adrenaline “my life is in peril” pulse-pounding high alert every time I saw a firearm, either. I mean, I live in Texas. I will have a much more pleasant life as a Texan if I respond to a firearm the same way I respond to any other specialized and hazardous tool in my environment – with curiosity, respect, and appropriate caution. If you can do that, then regardless of what your story is, you can relegate the “triggering” circumstance to being simply a story in your life, rather than the story which defines your life.

“When you know what you’re doing, you can do what you want.”
In other words, awareness helps turn compulsion into choice.

By learning what you’re doing with yourself, you learn how your patterns don’t have to be life-sentences imposed upon you, but can instead be choices you get to make. When I recognize depression symptoms, I change my pattern to one that’s lighter — and the depression is gone. When peers get anxious, they focus on their balance and the quality of their breath — and the anxiety abates. Instead of “fighting” the suffering as I did for actual decades, you can choose to do something else.

“If you get rid of the pattern for anxiety, where does the anxiety go?”

Freud was wrong. There is no impersonal, tyrannical energy of emotion that gets pent-up and needs to be “released.” We’re not the prostrate victims of impersonal forces outside of our control — though sometimes we do find ourselves stuck in some extremely unpleasant and damaging ruts. Rather, we’re expressing ourselves. And by recognizing what we’re doing, we can catch less useful and less-happy patterns early on, and shift them. Learning how we can choose to express ourselves helps us to regain our fundamental dignity as a human being who make choices and can care for themselves.